Rest and Think About It Again

A Vision for Conscience

We see a world where we have all realized that what we think, say, and do has an effect on everyone and everything else; where those of us who previously caused harm to another, supported people or institutions who harmed others, or brought destruction to the land, fully see that what we have done has affected the world around us. We see a world where we no longer distance ourselves from the feelings of those we've hurt, or the Nature we've uncaringly disrupted, and in doing so, our consciences have awakened. Now we know to never harm again; we know, without doubt or equivocation, that what we do, either consciously or unconsciously, to others always comes back to haunt us in return. And, as a result, each and every man, woman, and child who walks this Earth now honors and respects everyone else. We treat others as we would want to be treated because we have developed a conscience.

"Make all of your relationships an "eight" or better." - John Salunek

On a scale where one is low and ten is high, we want to live as close to ten as possible. We want to give and get the best in our relationships. Whether is is a friendship, love affair or business relationship, we must not allow mediocrity to be the standard. When we have no standards our lives become so crowded  with people, demands, and unrealistic expectations that we run the risk of losing ourselves. An "eight" relationship is one where there is mutual support and respect. We can be who we are and know we are accepted on that basis. There are common goals; even when we disagree on method, we can support the intent.

In an "eight" relationship we give for the joy of giving. We share for mutual growth. We give and get complete honesty. We take what we need and do not fail to give back. An "eight" relationship is one that we do not work on. It is one we work with and for, striving for better as a mutual benefit. "One" means you don't  have it. "Six" is just making it. An "eight" means you are definitely on the way to the top.

Affirmation: There is no reason I must settle for less.

"Vulnerability is the gift I give to those I trust myself." - Terry Kellogg and Marvel Harrison

Just because people are nice to us and don't ask anything in return, does not mean there is something wrong with them. It is often hard for us to believe people can like us simply for who we are. Benny, A White Man, was willing to give Frank, A Black Man, a kidney. Frank wouldn't accept it. He has known Benny for three short weeks. Frank knew very little about Benny. But he knew Benny must have a hidden agenda. Nobody gives a kidney away for nothing. Frank confronted Benny with his anger, suspicion and fear. Quietly Benny replied, " I know you like to go fishing. I know you are a good father and a loving husband. I know because that 's what you've shown me. Based on what I've seen, I know you don't deserve to die."

Affirmation: Blessings come in all colors and forms. I get the ones I deserve. 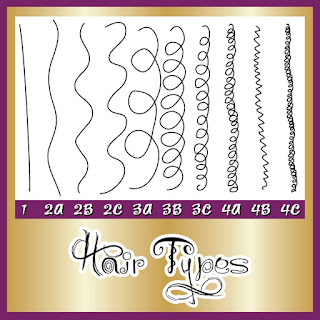 What Is A Secret?